Dale's 1803 House adventure: the rest of the story 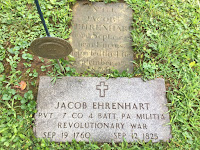 I was in Bankstown, Australia, when Marty Nothstein raced to the men's sprint gold medal at the Sydney Olympic Games in 2000.

The crowd at the Indianapolis Motor Speedway went 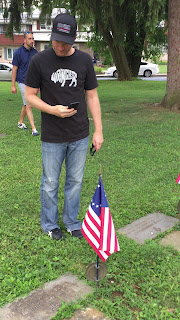 crazy when Andretti pulled into Victory Lane for his ceremonial sip of milk and that now famous kiss from car owner Andy Granatelli.

I listened as the chants of “U-S-A! … U-S-A! … U-S-A!” drowned out the “Aussie, Aussie, Aussie … Oi, Oi, Oi” and Nothstein hoisted son Tyler in one arm and daughter Devin in the other at the Dunc Gray Velodrome after putting an exclamation point on his bicycle racing career.

The victories by Andretti and Nothstein rank among the top one-day events of my newspaper career. Emotional celebrations of local athletes at the peak.

But on July 27 of this year, I experienced a different type of emotional event involving a high-profile athlete. No howling crowds. No television cameras.

I watched Dale Earnhardt Jr. walk through a house. And a graveyard. Only four other people were present. But, this was not their day. This day belonged to Dale Jr., and he immersed himself in it. It was terrific.

I couldn’t believe it when Dick Farmer, whom I first met when we played in the same senior tennis group, called to tell me Earnhardt Jr. had a direct connection to the 1803 House, a home that has been a labor of love for him for about 45 years. How could the family with such a rich Southern history have real ties with the Lehigh Valley?

But sure enough, it’s all true. The family, which then spelled the last name Ehrenhardt, came to the United States through Philadelphia, then moved up into what was then Northampton County but has since been made part of Lehigh County.

Johannes Christopher Ehrenhardt was the patriarch. He had two wives. The Margaretha Funcken line settled in Pennsylvania in what became Lowhill Township – and, later, in Emmaus, where they requested the Moravians from Bethlehem to come and establish a church that still worships on Main Street in the borough. The line of the second wife, Anna Sybilla Taubin, moved to North Carolina earlier. Eventually, the Emmaus limb of the Ehrenhardt-Earnhardt family tree also shifted to North Carolina, but the 1803 House lived on.

Dale Jr. knew his family had landed in the U.S. at Philadelphia, but he didn’t know about the Emmaus connection until he got a letter from Dick Farmer. He was also urged by Don Hawk, a former Earnhardt Enterprises employee and longtime family friend, to read the letter, When he did, he decided he wanted to see the place for himself.

He spent about an hour in the house, with Farmer filling him in on life at the turn of 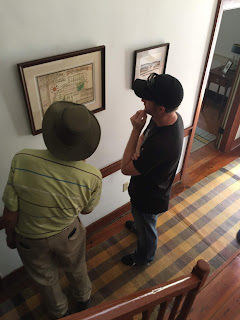 the 19th century. Dale walked off by himself several times and just looked intently at the home. His buddies, Tony Mayhoff and Rick Allen, were into the tour, too. And, after touring the home, we all went to God’s Acre cemetery in Emmaus, where Jacob Ehrenhardt Sr. and Jr. are both buried.

Dale was busy taking photos with his cell phone, and I’m sure he was anxious to show them to his wife, Amy.

Dale told me that standing in the 1803 House made him think about all the things that could have happened along the way that might have changed what has taken place.

“Like when the families came over on the ships to Philadelphia,” he said. “A lot of people didn’t survive that journey. A lot of people died on those boats. Thirty percent of the passengers typically would die on those journeys. If my family had somehow met that fate, I wouldn’t have been able to experience the life I have. It makes you feel so small.”

He said the discovery of the 1803 House was one of the most significant pieces of history he has found in his eight-year search. Perhaps the only topper for him came in 2015 when he and his then-fiance, Amy, went to Germany in search of the church in which his ancestors worshipped before coming to America.

He said when he began his journey into time, at age 37, that he would make a trip to Germany in the year of his 40th birthday to a place he didn’t even know of at the time. He had seen books in which were the names of his direct relatives.

“I had never been to Europe, so I had no idea what to expect,” Dale Jr. said. “It’s a church that’s 400 years old and I had documents that proved they were there, and their names were in those books. So, I was going to get this tour from an individual that was in charge of the archives.”

Unbeknownst to Amy, Dale Jr. took with him a piece of jewelry.

“I knew I was going, and I’m thinking, ‘I’m going to go; when we go to see the church, and if it feels right, I’m going to ask her [to marry me].’ So, she didn’t have a clue, because we were there celebrating my family and the genealogy and my 40th birthday and all. It worked out perfectly, and she loved it. Now, she’s insisting that at some point, we’re going to take our children over there just to see all that.

“It was really emotional to be standing in that building. It’s a very small church, built 400 years ago; in a town of 300 people, the church would be small. The town has not changed or grown or anything in over 300 years, it’s literally the same town as it was when my family lived there. That was pretty amazing. Just a tiny insignificant place.”

He looked at the 1803 House in much the same way. I wouldn’t be surprised if he 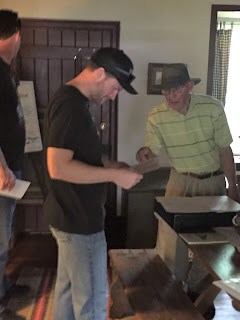 decided to come back one summer for the annual celebration at the House. “That will be a lot of fun,” he told me, and I couldn’t help but hope that his use of the word “will” rather than “would” was intentional. The town would love it; Dick Farmer would be ecstatic, and for Earnhardt Jr., it would be another piece of the puzzle put into place.

“It becomes an addiction almost and a game to gather more and more information and to validate it like to understand it is legitimate and authentic truth,” he said of the search for more information about his family.
.
“When you’re going back seven to 10 generations, there’s so many ways to get tripped up. [You can] so easily get down the wrong path and get a lot of misinformation. It becomes a real challenge, but it’s an enjoyable one because there’s so much discovery and you learn so much about the toughness of these people, having to live in the conditions they had back then, it must have been … they knew nothing but hard work.”

Getting Dale Jr. back would be another dream come true for Farmer.

Farmer has been president of the Friends of the 1803 House, Inc., for the last five years, but his love of preserving architecture from long ago stems back to the days when he worked in Philadelphia on Independence Hall and Independence National Memorial Park.

Farmer and his wife, Zona (Cope), who is an Emmaus native, moved back to town after college, because, he said, “We loved our families, we loved the town and we love this [1803] house. So, we keep finding out more information on the house, which makes the community we live in more significant all the time.”

Note: here's a link to the main story on Dale Jr.'s visit and his observations. You can find it on The Morning Call's website:
https://www.mcall.com/sports/motorracing/mc-spt-dale-earnhardt-emmaus-family-20181025-htmlstory.html

Posted by Paul Reinhard at 6:11 PM